How one employee in China is supplying his colleagues with fresh fruit and veg.

China is well known for its diverse cuisine, and sitting down to a meal together is an important part of Chinese culture. However, China’s astonishing growth since the start of the new Millennium has had a huge impact on food supplies. For many people in China, the traditional approach of getting supplies from local farmers has given way to a reliance on industrially processed foods. In the large cities, direct contact with producers has been replaced by the anonymity of the supermarket. At the same time, the demand for food has grown as people have become wealthier.

Over the years, as it struggled to adapt to new challenges, the food industry in China became a centre of focus. With no efficient national food safety controls, companies would often do anything and everything they could simply to maximise production output. One of the most serious examples of this was the Chinese milk scandal, when baby food produced using contaminated ingredients resulted in hundreds of thousands of infants developing serious illnesses. Six babies died as a direct result of contaminated baby food. The consequences could be felt as far away as Europe, as young parents exploited a grey market to import huge quantities of safe baby food from the EU – and ideally products that carried the “Made in Germany” label.

Getting back to basics 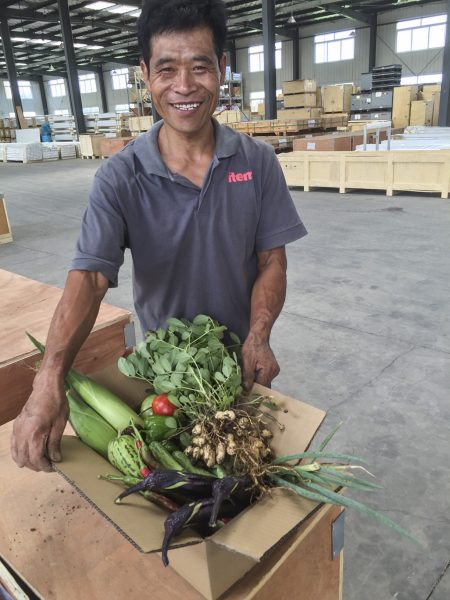 Mr. Sun, one of the quality management officers at the item site in Qingdao, China, was well acquainted with these fundamental food supply problems. It also happened that there was an area in front of the item plant that was disused and covered in undergrowth that reached as tall as a man – and the passionate gardener soon joined the dots: Why not do something to take back control of food supplies?

After a brief discussion with the management team, it became clear that item was more than happy to support this sustainable idea. In his lunch breaks and at weekends, Sun started work to cultivate his produce. He was able to make use of the site’s water supply for irrigation, and it wasn’t long before his efforts started to bear fruit. He now grows peanuts, tomatoes, broccoli, aubergines, cucumbers, potatoes, melons and corn in his garden. What he doesn’t eat himself, he distributes among his colleagues. 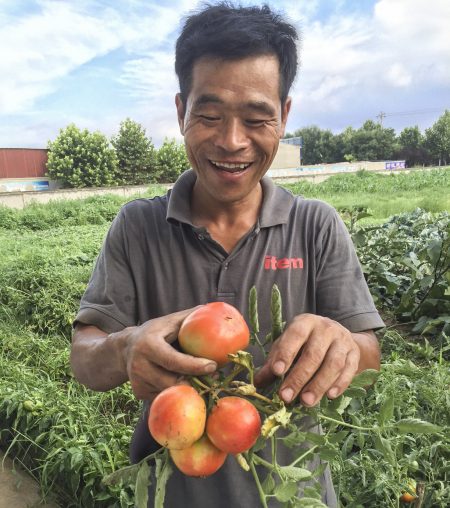 This free produce has been very warmly received by colleagues and is put to very good use. And, naturally, Sun’s methods are green from start to finish, with no pesticides or fertilisers being used. item staff can quite literally watch the fruits and vegetables grow before their eyes – as nature intended. Mr. Sun is now the food supplier of choice for a growing number of people. Repeat visitors to the site are constantly amazed at the size that the once small garden has grown to. The photos in our image gallery only show half of the vegetable plot. One thing is clear – item will continue to support Sun and his sustainable project.