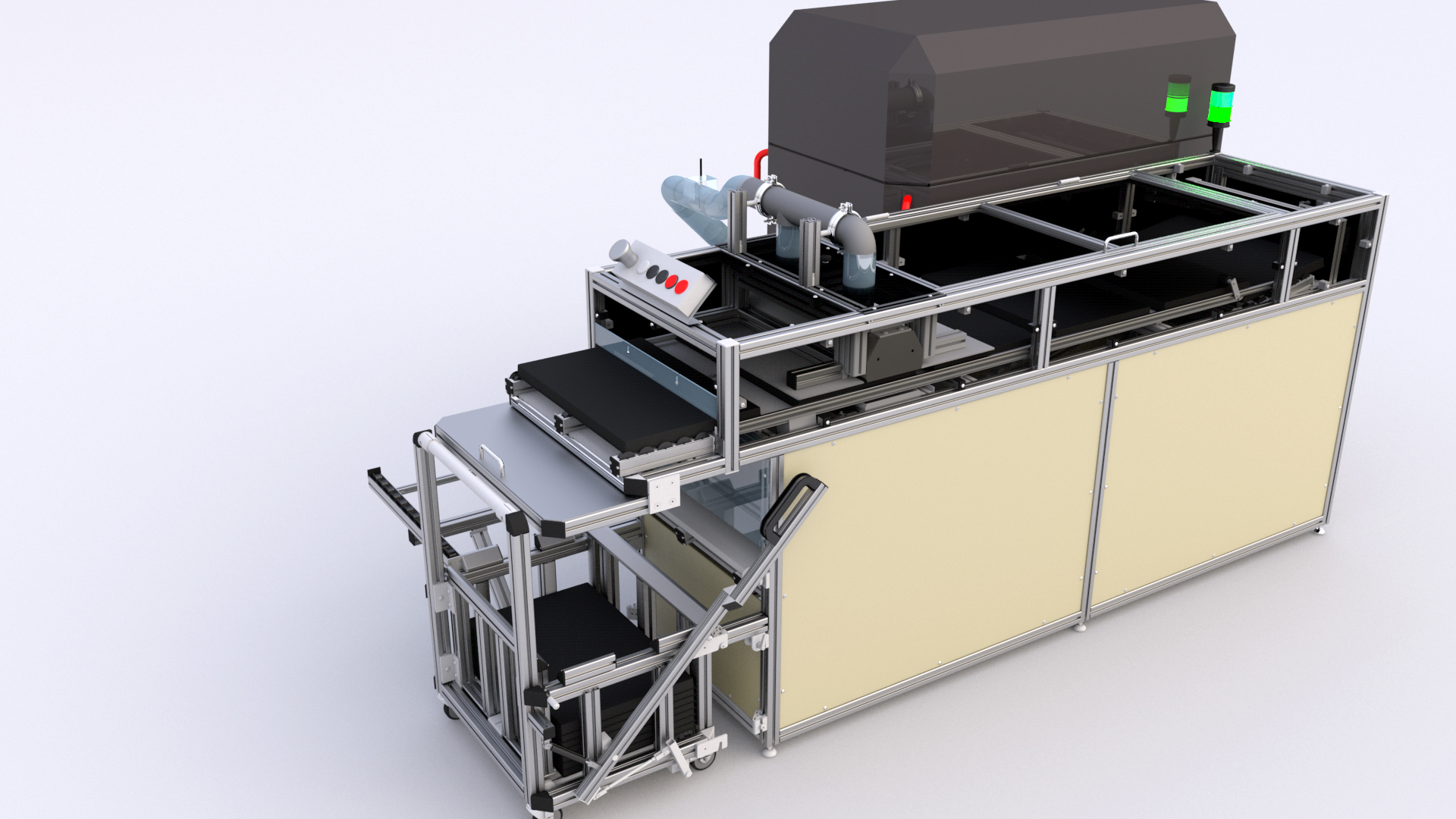 A high-performance, cost-effective solution for cleaning trays in the production process.

Reusable plastic workpiece carriers are used in production processes in a number of industries. These trays generally have to satisfy two primary requirements – they must, as far as possible, be free of dry contamination and electrostatic charges. Since workpiece carriers in different industries can have very different surface structures, cleaning them can sometimes be a complex undertaking. The often intricate geometry of grooves and notches that hold the workpieces in place offers a host of hiding places for dust and dirt. Electrostatic charges also build up on the trays due to their handling and movement during the production process or transport, which makes it even harder to get rid of the dust.

The importance of clean trays for product quality

It was against this backdrop that a customer from the plastics manufacturing industry approached K&K Systeme, an item pluspartner. K&K specialises in turnkey solutions for factory equipment engineering, ionisation, temperature control, automation and robotics. In addition to the plastics industry, it supplies customers in the graphics, automotive and pharmaceuticals industries. In all these sectors, product quality is very dependent on high standards of hygiene.

For the customer concerned, trays that were not completely free of dust and static would mean electrostatically charged dust particles could stick to the glossy surfaces during injection moulding. Since the optical quality of these surfaces must be spotless for further processing, contamination of any kind would lead to rejects. Similar requirements can be found in cosmetics manufacturing, where hygiene is key. Electrostatic discharge would be a further risk factor where electronic components are being manufactured or used, for example in the semiconductor industry.

The list of companies who could benefit from effective automated cleaning of reusable plastic workpiece carriers is long and wide-ranging. However, the basic design of any such cleaning system needs to be flexible enough that it can be adapted to suit the specific format of the trays in any given production facility. The system must also be capable of both cleaning the trays and neutralising the electric charge. At the same time, it must be easy to operate, so that it does not take several employees to clean the trays.

A frame built using components from our MB Building Kit System forms the basis for the solution K&K have planned and executed. What K&K values most about our products are their long service lives and modularity. Using aluminium profile technology makes the construction corrosion-resistant, electrostatically dissipative and suitable for flexible expansion, thanks to the open grooves. Rotating compressed-air nozzles are used for the vital cleaning process. These are able to reach into even the most inaccessible notches and brackets. The dust particles thus released from the trays are extracted and the workpiece carriers undergo an electrostatic discharge. Ionising the trays also reduces the risk of new dust particles settling on them.

After the first special build had proved itself by working double shifts for the customer over several months, K&K Systeme GbR decided to market the system and establish it as a firm part of its portfolio. It became the Kreuz-i RS600® tray cleaning system, which combines all the functions of the first model and can be simply and ergonomically operated by a single employee, making it ideal for automated industrial manufacturing processes.

With one employee working single shifts, the Kreuz-i RS600® can achieve an annual throughput of up to 1.5 million trays. Besides the basic model, a variety of modules are available to increase the level of automation. In the fully automated cleaning system, the employee only has to remove pallets of trays that have been cleaned and any electrostatic charges dissipated.

Are you interested in fascinating reports and innovations from the world of specialist mechanical engineering? Then we have the perfect solution for you – simply subscribe to the item blog by completing the box at the top right! 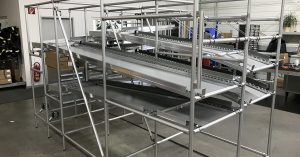 How material supply and picking for coolant pump assembly is benefiting from low-cost automation.  We have already dealt with the history an ... 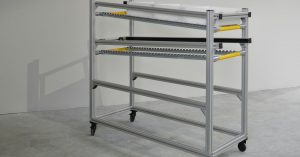 How reorganising an assembly line boosts productivity by up to 30 percent.  Improving the productivity of manual assembly work is a key fact ... 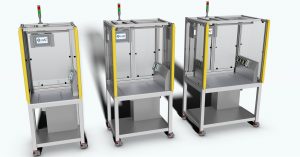 How Lenkering GmbH found an innovative solution to a long-standing problem. Custom assembly work benches are perfectly adapted to the steps ...