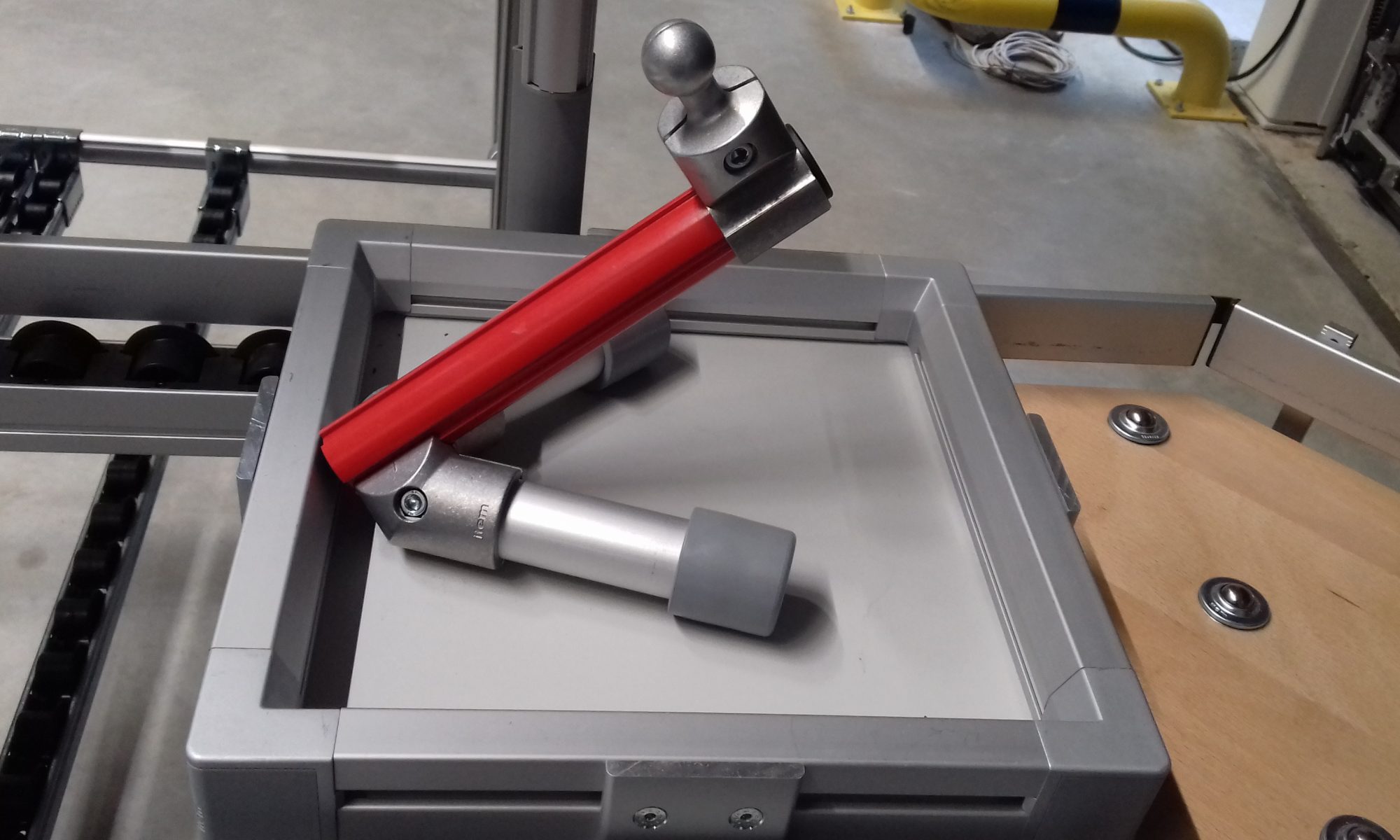 It’s never too early to get practical experience. This is particularly true in lean production – after all, efficiency improvement has to be learnt.

That’s why the Chair of Production Metrology and Quality Management of the Laboratory for Machine Tools and Production Engineering (WZL) at RWTH Aachen University is now offering a voluntary practical course in lean assembly as part of a series of events entitled “Industrial Assembly Systems”. Students discover first-hand what really matters when planning lean assembly systems, most importantly in terms of dividing up tasks and organising sequences. During a timed exercise, two six-person teams go head-to-head at the five stations of a lean production assembly cell provided by item. Who can faultlessly organise and complete the assembly of our popular FIFO dogs? But that’s not all there is to it. Senior Engineer Guido Hüttemann, who leads the course, says: “Bad decisions and the impact these have on planning are an integral part of the course. Learning from your own decisions is a vital part of practical training.” 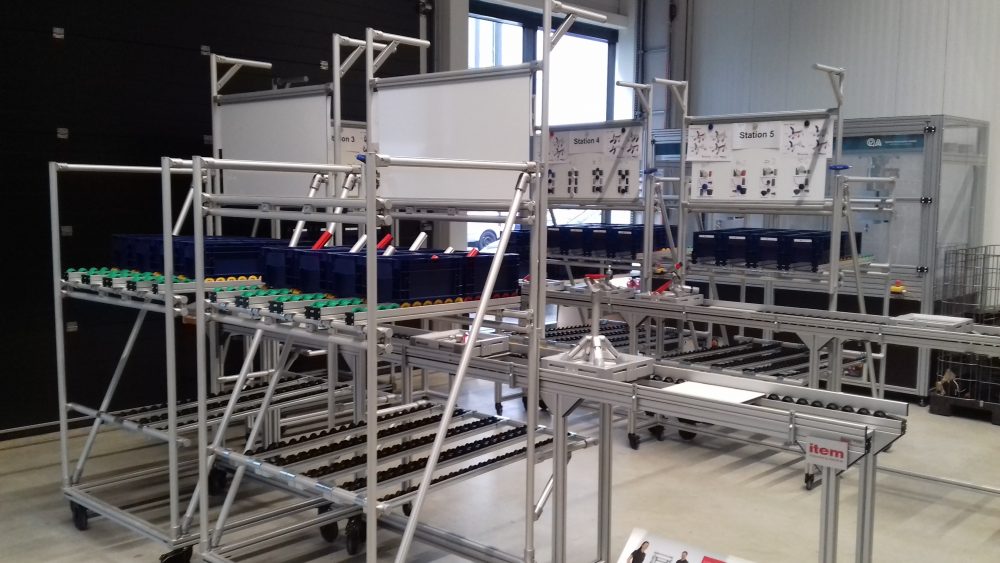 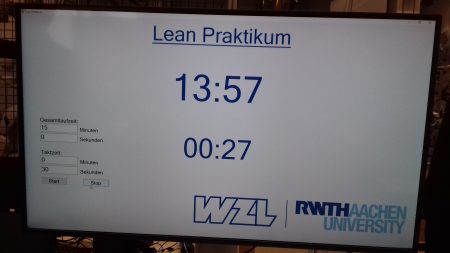 The practical lean course is held in the WZL assembly workshop. There’s a real hustle and bustle, with innovative constructions everywhere you look. On entering the shop, you can’t miss our assembly cell on the left, which is arranged in a U shape with the individual stations interlinked by roller conveyors. Each station has small load carriers, into which the students have to place materials, and a whiteboard for displaying illustrations of the parts to be assembled. The actual assembly work is done on an assembly plate which, thanks to the roller conveyors, zooms from station to station so that the relevant assembly stages can be completed one by one.

The participants get real hands-on experience in lean assembly. Students are given all the tools and aids they need, of course, such as parts lists and design drawings for the variants of the dog that are to be assembled. Then it all comes down to their aptitude and organisational skills. After getting in some practice by disassembling a completed FIFO dog, the students analyse assembly times, establishing a standardised organisational principle by considering questions such as: Which steps take place at which station and in what cycle time? How do transport times between the stations impact assembly? 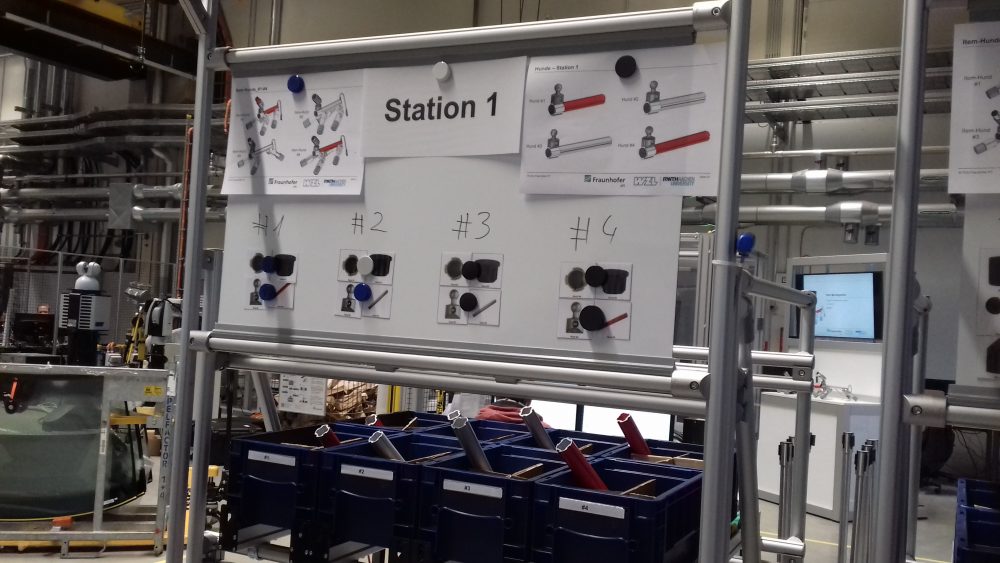 Pre-assembly isn’t permitted – the interns can only get to work once the official starting shot has been fired. After all, there is no preferential treatment in the real world of production. But these realistic conditions are exactly what makes the experience so valuable for the students’ future. For Hüttemann, the entire practical course is a form of exam preparation: “Those who plan and carry out the assembly themselves get a hands-on experience of the difficulties involved. They also get a very clear understanding of lean production and its benefits.”

He and his team are already looking to the future, with plans to host a two-day workshop that will see the assembly cell “updated”. Initially, students will build a modular, semi-automated assembly system and subsequently take over the assembly planning for a specific project. The final stage will involve packaging the FIFO dog, supported by an industrial robot with corresponding controls and the evaluation of images from a 3D camera. What is also of particular interest for students is the integration of a web application for use in assembly planning, – a good example of how lean production and Industry 4.0 complement each other perfectly. 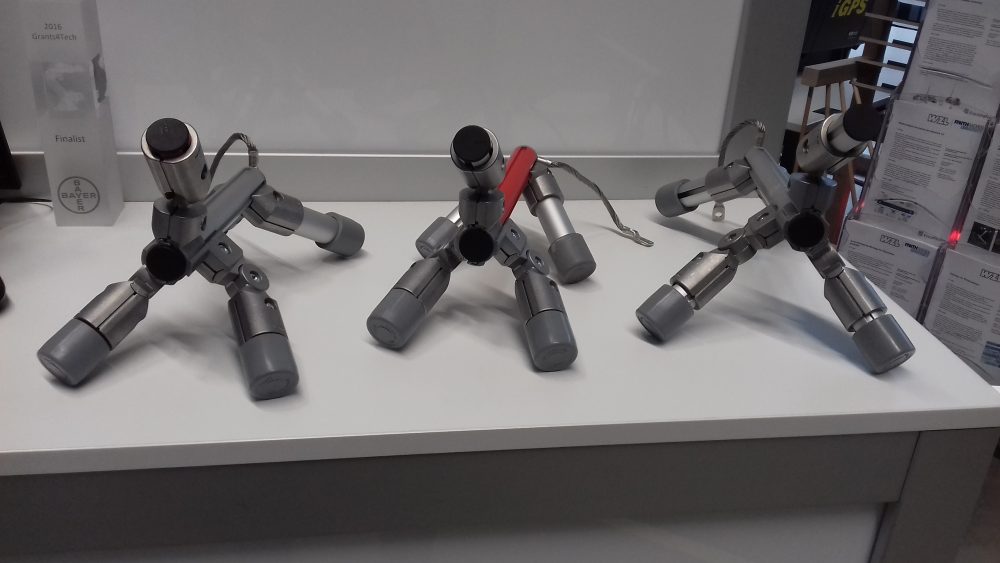 Are you interested in fascinating reports and innovations from the world of lean production? Then we have the perfect solution for you – simply subscribe to the item blog by completing the box at the top right! 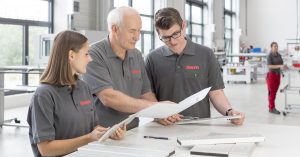 The requirements in specialist mechanical engineering are tough. But what exactly does that mean when it comes to quality and service?  Whet ... 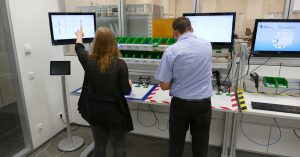 Showcasing the benefits of industrial digitalisation with a simulation game

How directly comparing feedback data offers an important insight into the benefits of digital solutions.   The non-profit FIR e.V. institute ... From October 2017, seminar participants at the Hanover site can find out how to transform a conventional production system into a lean Indus ...