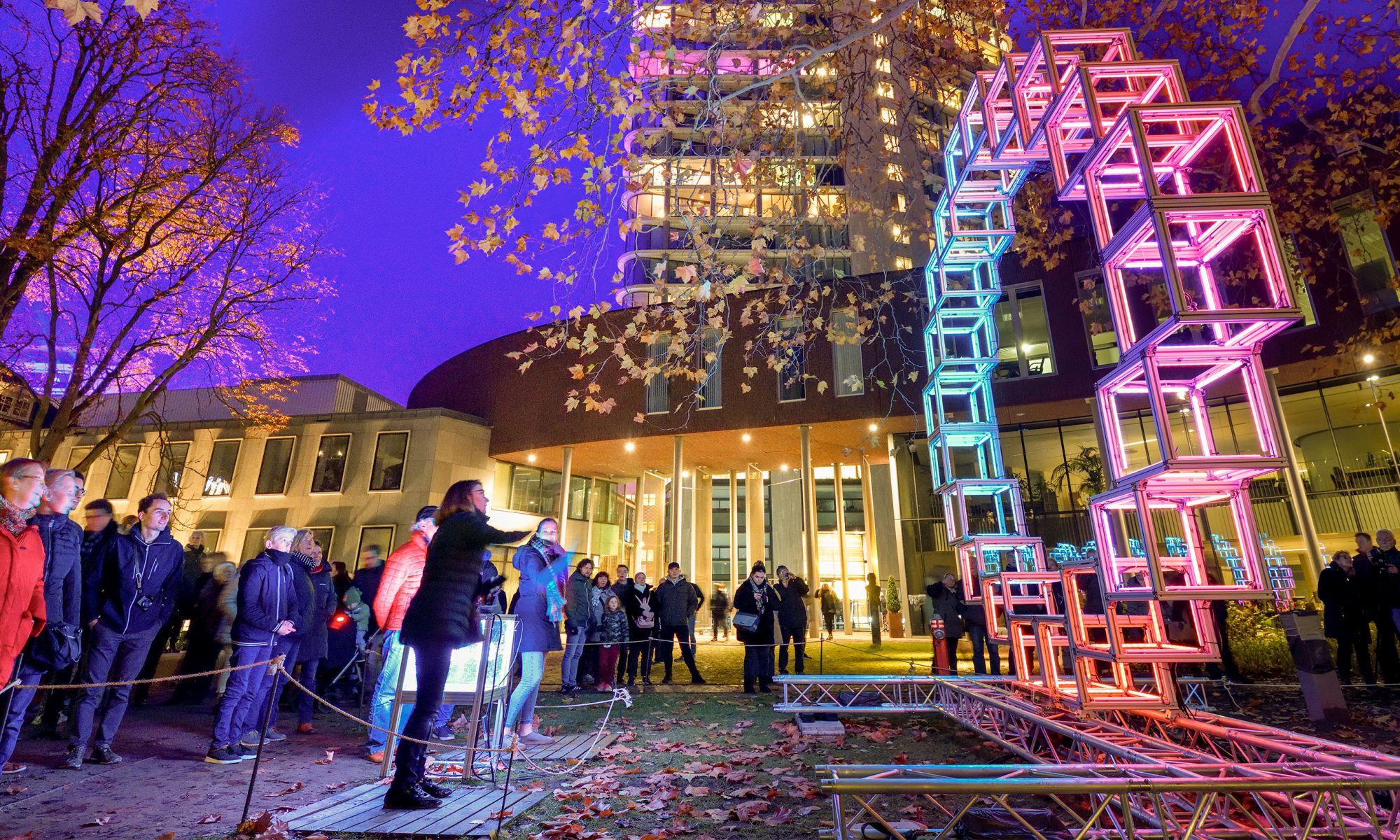 The crowds in Eindhoven were truly amazed by an interactive light installation designed by local students.

Every November since 2006, the light art festival GLOW has lit up the streets of Eindhoven. Lending a cheerful feel to the chilly autumn, creative and colourful light installations are spread across the city centre – all connected by a five-kilometre-long trail. As “the city of light”, Eindhoven is the perfect place to host the event. In 1870, a match factory was established in the city that became a Philips light bulb factory 21 years later. The festival’s theme for 2018 was “Shadows & Light”, with one highlight in particular really standing out – the LOOP light installation. In contrast to traditional installations, the student team IGNITE from Eindhoven University of Technology handed over control to the viewing public. But the team didn’t leave anything to chance when it came to the frame structure, opting for profiles from the item MB Building Kit System. 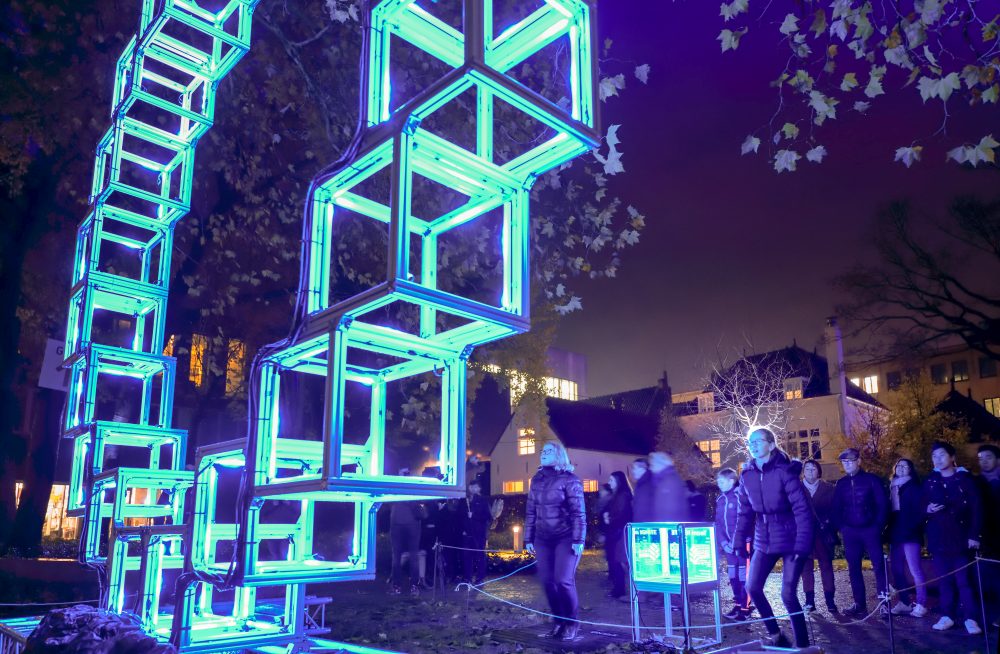 Art experiment for the 2018 GLOW festival

The 22-strong team led by Sietse de Vries is made up of students from the Industrial Design and Built Environment faculties. Some students of the team had already worked for the GLOW festival back in 2016 when it was staged at the university campus. Their work laid the foundation for a project of greater proportions. “We were interested in observing how people react to light. We wanted to find out what it triggers in them and how their behaviour changes,” says Sietse. With this in mind, the students developed LOOP – a ring of cubes each fitted with LED light strips. Visitors’ movements are captured using 3D cameras, causing the colour and rhythm of the light to change. 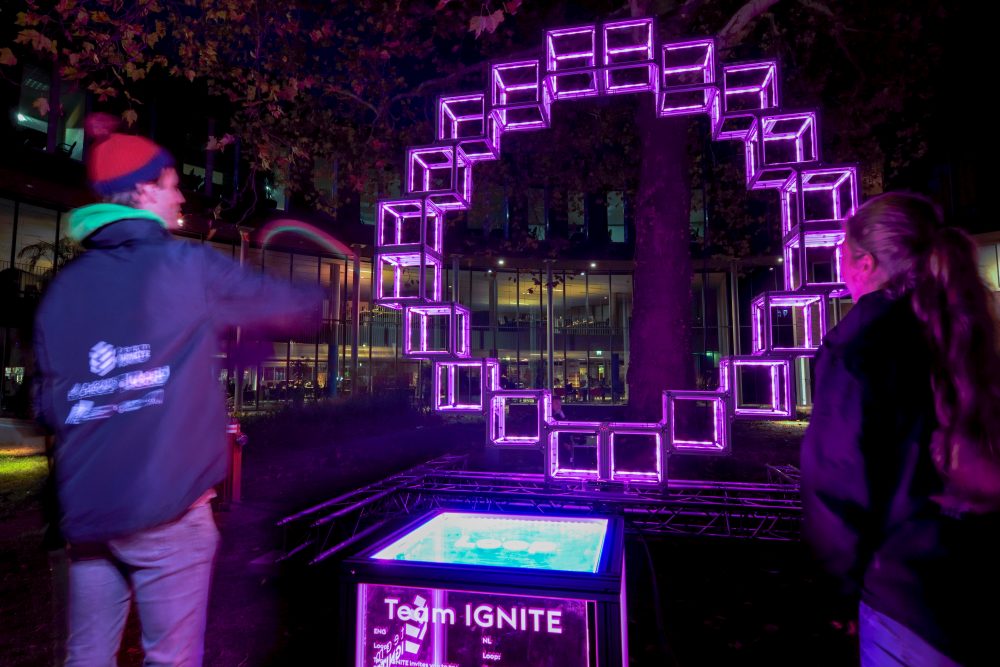 The team didn’t need long to pick a material for the cubes and opted for our aluminium profiles, which are often used on the university campus for test structures. Besides the flexibility and strength of the profiles, Sietse also values the customer support item offers: “The collaboration went brilliantly. We were given a lot of engineering advice and learnt a great deal.” The project took around one year to complete, from the initial planning through to on-site installation in the Karel Vermeerenplantsoen park. In the two months running up to the GLOW festival, the team members focused their efforts on engineering and programming tasks. Even the exam period shortly before the start of the festival didn’t deter them. 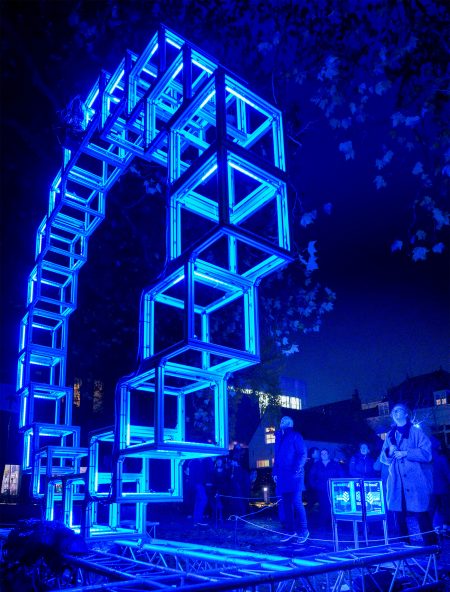 With two days to go before the 2018 GLOW festival opened on 10 November, the time had come to start building LOOP. After making a few adjustments during the dress rehearsal the next day, the light installation was ready for its big performance on the Saturday. The underlying idea was to not reveal too much about how this innovative light installation worked. Ideally, each visitor was to find out for themselves how they could interact with the artwork in a playfully manner. It was precisely this gradually dawning realisation that the installation was interactive that made it such a hit. To make it that bit more exciting, the program changed every 30 minutes.

But as spectacular as viewers found LOOP, it is actually just a trial run. “In some ways, it’s our prototype. We tested what’s important in terms of structure, electronics and interaction,” explains Sietse. The IGNITE team are already toiling away on their new Hypar light installation, which is planned to be a hyperbolic paraboloid that can be controlled by eight people at once. It is designed to send a clear statement advocating the bringing together of people from different cultures and backgrounds. We look forward to working with the team again and seeing how their artwork and its socio-political message turn out. 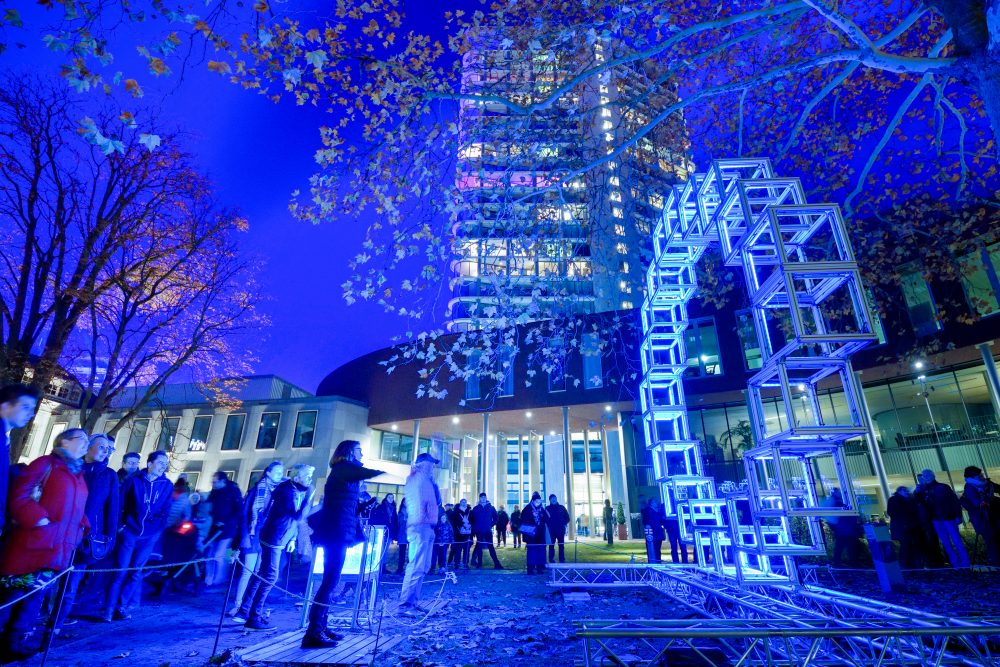