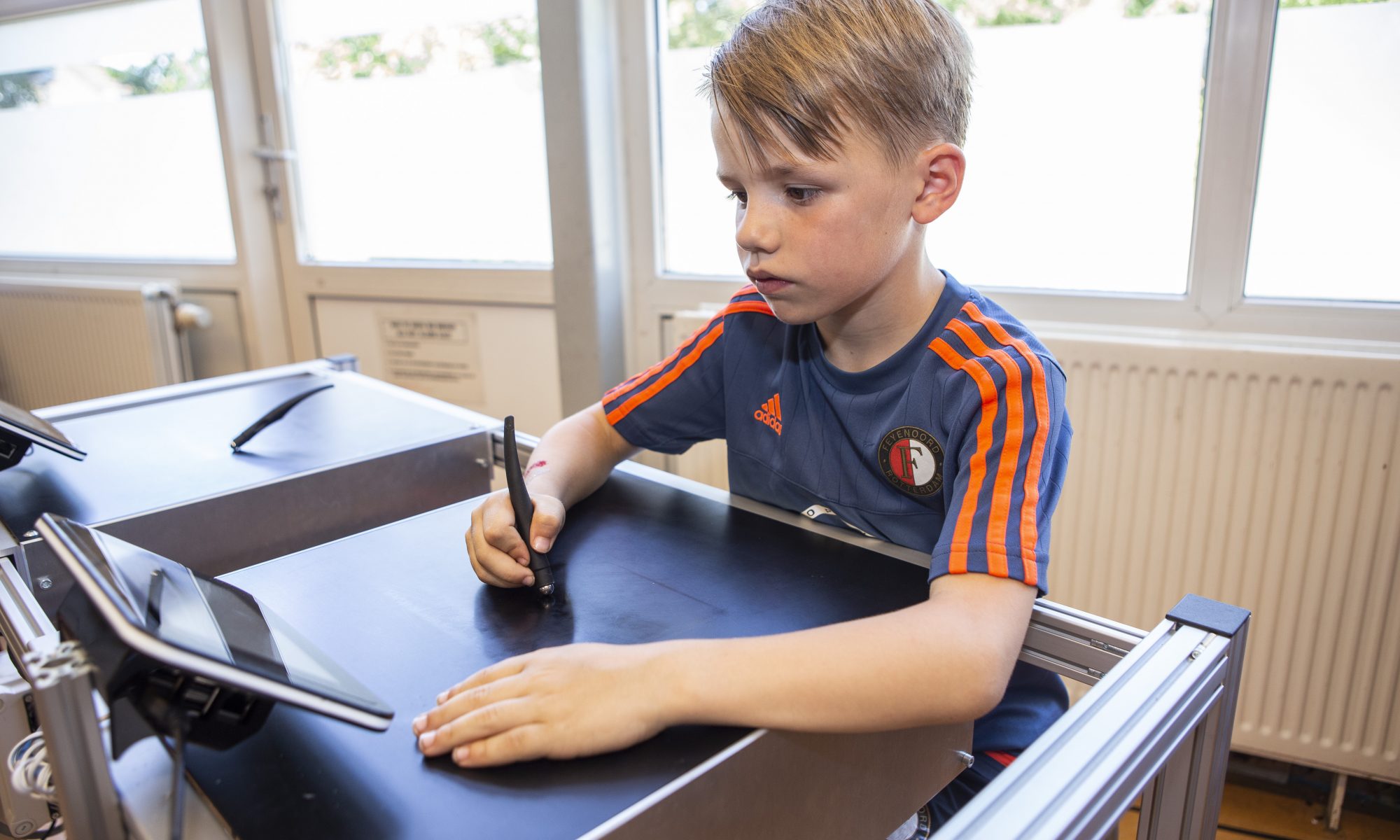 It’s difficult to break bad handwriting habits once you’re older. What can we do about it?

Handwriting doesn’t enjoy the same status as it once did. Back in the day, you would pull out your pen and notebook, but now smartphones, tablets and laptops are setting the agenda. This is undoubtedly practical, yet we quickly lose sight of the deeper significance of handwriting, which is more than just a quirky expression of our individuality. A study has shown that test subjects who jotted down notes by hand exhibited greater brain activity than those who resorted to using a keyboard, which suggests motor skills and memory are closely linked. In 2015, a survey conducted by the German Teachers’ Association and the Writing Motor Skills Institute among teaching staff revealed that only 20 percent of secondary school pupils in Germany have acceptable handwriting. The survey also claimed that a mere 38 percent were able to write comfortably for more than 30 minutes. So it’s pretty clear that learning how to write at primary school is of vital importance. A project from the Netherlands has now come up with innovative measures to tackle writing problems.

Getting the hand movements right from early on

When you repeat the same movement over and over again, it locks into your subconscious.

The “Sqriba” writing robot co-developed by students at Hague University of Applied Sciences and Delft University of Technology uses repetitive movement to improve handwriting. Philip Schara was one of the dedicated students who worked on this project and is taking it further with his fledgling business Jemax Robotics. “It’s actually a simple principle. When you repeat the same movement over and over again, it locks into your subconscious. This is also referred to as ‘muscle memory’,” explains Schara. As a result, developing messy or poor handwriting (known in slang terms as “chicken scratch”) at a young age means you will have a hard time putting things right later on. Sqriba intends to prevent this from happening in the first place and rectify specific grip problems.

The schoolchildren are guided by a special pen with a small metal ball attached to the end. Rather than being controlled by the children, the pen is automatically steered by a small but powerful magnet under the table top, which is also an integral part of the Sqriba setup. A small touchscreen shows the pupils the letter they’re currently writing with the magnetic pen in its perfect form. This innovative combination of motor and visual feedback creates a new type of learning experience that helps young schoolchildren learn the correct way to form letters while they play around with this exciting technology.

Having fun with writing

The basic frame that holds all the individual elements together is made using profile technology from the item MB Building Kit System. Having worked with item profile technology on numerous projects as a mechanical engineering student, Schara was well acquainted with its versatility. And it certainly didn’t let him down for this writing robot, either: “The modularity of item really helped us right from when we first started working on Sqriba. We were able to try out new ideas and concepts without having to restrict ourselves in any way.” But there was another, rather pragmatic reason that spoke in favour of item. “It’s a happy coincidence of course that the item subsidiary in the Netherlands is just 200 meters from Hague University of Applied Sciences,” says Schara with a twinkle in his eye.

They simply have a lot more fun writing these days.

Sqriba has already been successfully tested at three Dutch primary schools. One of these was the De Boeier school in Lelystad, where twenty fourth-year pupils were able to tackle their writing problems head on. Their difficulties are anything but unusual – letters are too big or too small, not using the correct grip, or simply not really being able to write at all. But by practising with Sqriba on a daily basis, the pupils were able to significantly improve their handwriting. Schoolteacher Ellen de Jong is delighted: “I am seeing clear progress, the children’s handwriting is steadier. And they simply have a lot more fun writing these days.” Further tests are planned for the near future in lower year groups, to help the pupils write faster, for instance. Sqriba will be released for sale in the Netherlands in September 2018.