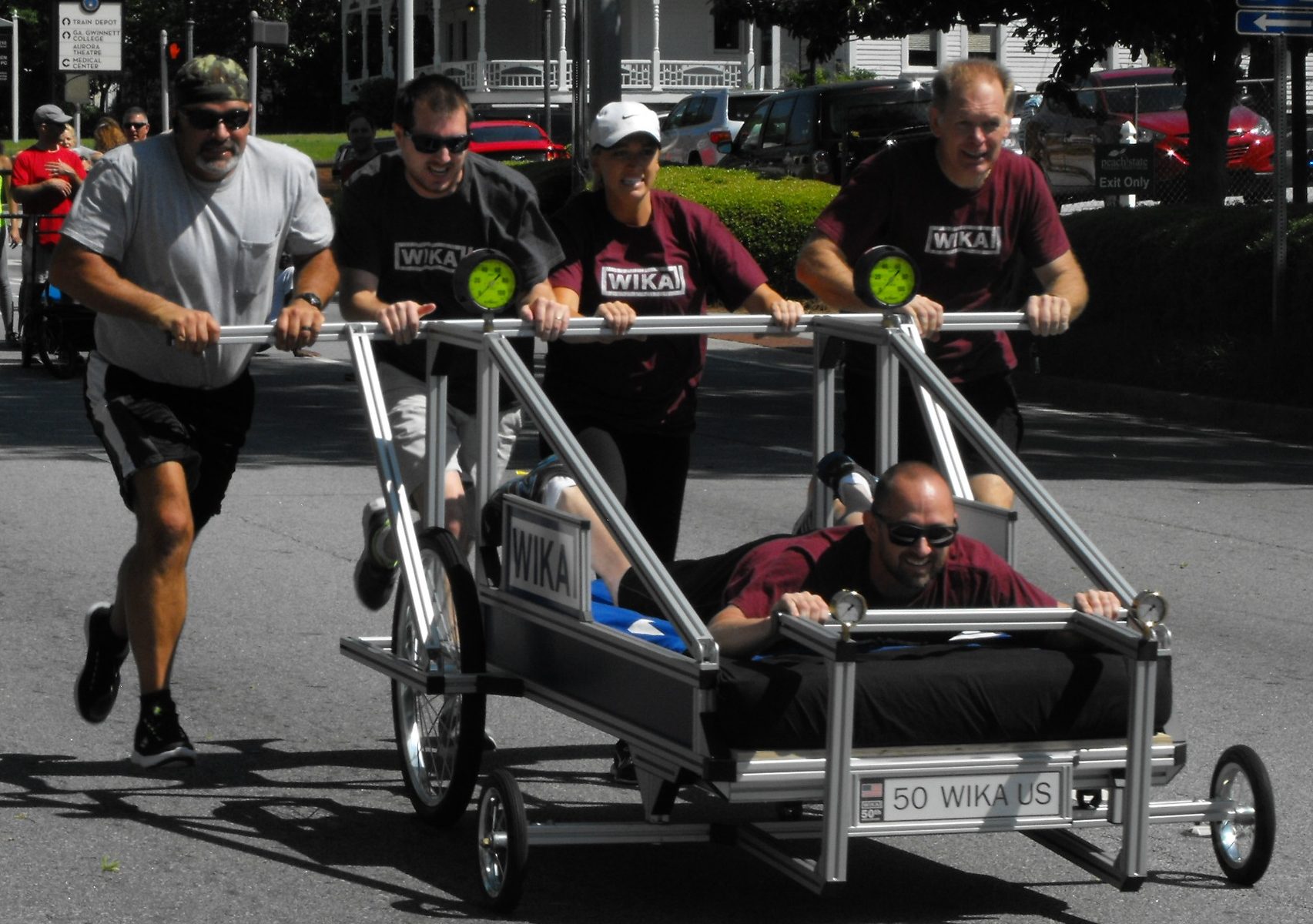 How an unusual racer based on item profile technology is helping families in need get back on track.

Located in the U.S. State of Georgia, to the north-east of the capital Atlanta, Lawrenceville is normally a quiet place, but that all changes during the annual Bed Race – a local event in which numerous companies and individuals from throughout the region participate. In 2017, as in every other year, our customer WIKA Alexander Wiegand SE & Co. KG took part with its very own “bed racer”. Headquartered in the German town of Klingenberg am Main, the specialist in pressure, temperature, flow, level and force measuring technology is represented in over 40 countries with more than 9,000 employees, including the team from Lawrenceville. With high quality standards and a focus on lean production, WIKA has long been using solutions from item, so it was an obvious choice also to use the flexible components from the MB Building Kit System to build the racer.

Although the Family Promise of Gwinnett County (FPGC) Charity Bed Race is naturally not on a par with a race series like Formula Student, specific rules still apply to building the bed racers. The compulsory mattress dictates the width, while the structure’s total height must not exceed 243 cm. Protruding parts, such as the handles for the four pushers, must not have any sharp edges or stick out by more than 40 cm.

What’s more, the handles must be arranged to ensure all the pushers have a clear view of the course at all times. They are the only form of propulsion during the race – no pedals are allowed, and certainly no motors or engines. The team member sitting on the bed racer, who must weigh at least 45 kg, doesn’t really have time to relax. This person must use a steering mechanism to keep the minimum of four wheels within the specified lane and negotiate two bends on the course measuring just under 258 m. 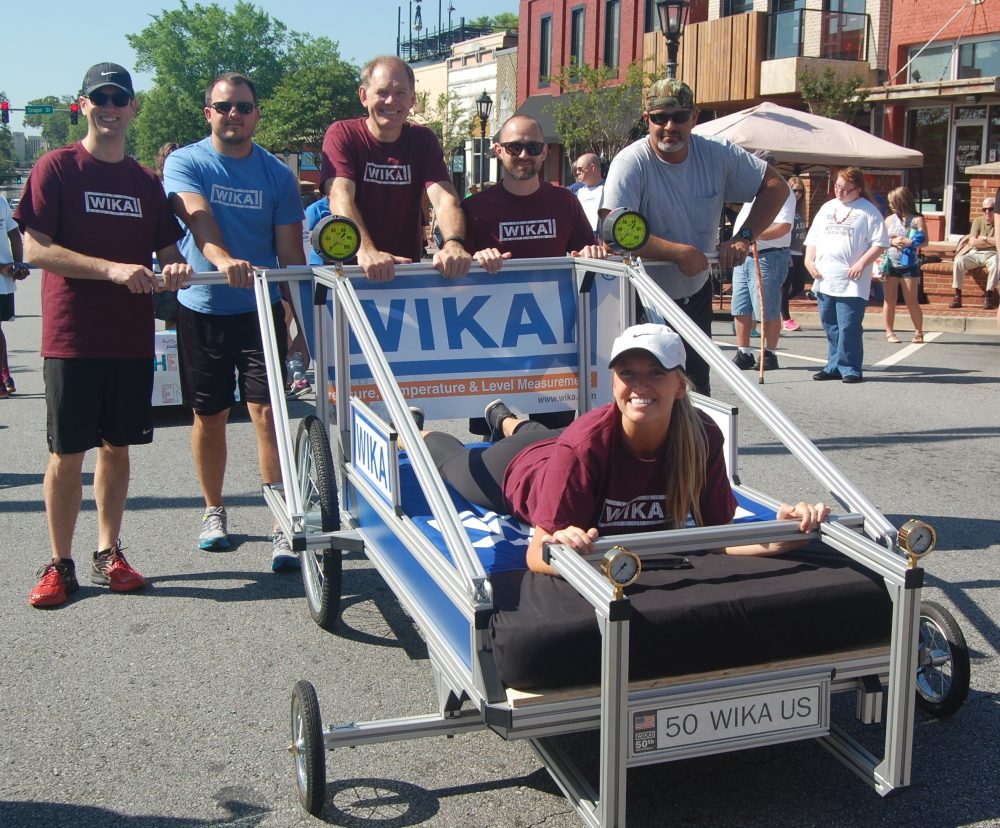 Fully committed to the 2017 bed race

On paper, this is without doubt a task the team from WIKA can solve. After all, the company’s products cover measuring ranges up to 15,000 bar and 1,800°C in batch sizes extending from 1 all the way up to 10,000 units. An estimated 600 million or so measuring instruments from WIKA are currently in use worldwide. It was therefore no great surprise when an impressive bed racer lined up at the start on race day in April. Line 8 profilesreinforced with Angle Elements at key points formed the lightweight frame. The problem of sharp edges was solved using Caps and a number of clearly visible advertising spaces also fitted into the profile grooves along with measuring technology from WIKA.

This was the basic configuration for the races, each of which involved a direct duel with another team competing in the event. The pushers needed a high level of fitness, because the times posted were only valid if all team members were still in direct contact with their own bed racer on crossing the finishing line. Ultimately, WIKA left teams with names such as Cool Runnings, Pigs in a Blanket and the Flying Nuns trailing in its wake. ViaSat was the only team in the adult division to get the better of it. The real winners of what was Lawrenceville’s eighth Bed Race were totally different, though. 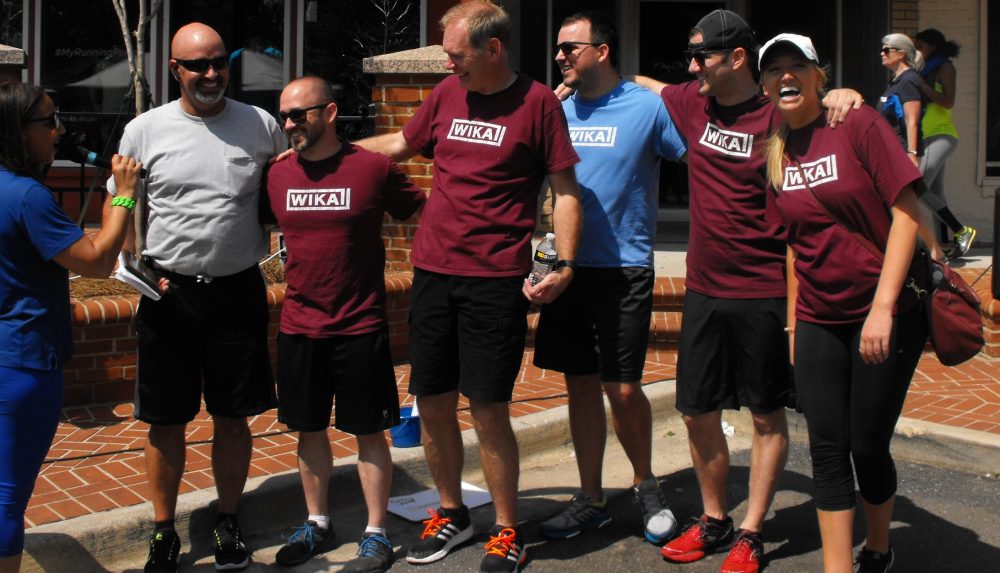 There’s a serious side to the Bed Race, too. In the United States, as in many other countries, numerous families are living on the breadline despite being in work. Rents are often the biggest cost factor for these families and, in the event of unforeseen problems or strokes of fate, it’s their homes they lose. This then often also leaves their children homeless. Some of those affected are unable to recover from a setback of this kind without help. The volunteers from Family Promise use initiatives such as the Bed Race to raise awareness of this very problem, because everyone should have a bed in a safe environment to sleep in.

The annual race has now become one of the region’s biggest charity events, with local companies like WIKA demonstrating an impressive level of social responsibility. The proceeds aren’t only used to organise accommodation for families in need. They are also given training in applying for jobs, can look for new jobs online and, if necessary, have access to free transport. It goes without saying that the families themselves are also expected to demonstrate their commitment. As long as they do, they can benefit from direct support for up to 90 days. Even after this period, Family Promise is on hand to offer help and advice.

Want to keep up to date with everything that’s going on in the world of item? Then we have the perfect solution for you – simply subscribe to the item blog by completing the box at the top right! 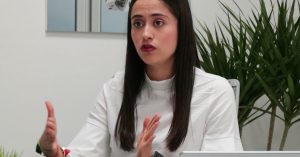 How the right support can help break down old-fashioned hierarchies and stereotypes.  It goes without saying that women are just as capable ... 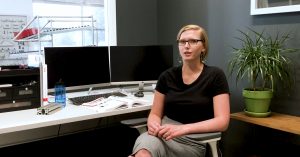 Women in engineering: Womanpower for the industry

Young female engineers should not be discouraged by outdated clichés. While some still believe that engineering is a man’s thing, it is evid ... 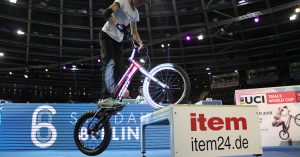 To promote the upcoming Trials World Cup in Berlin, cup coordinator Frank Drygalla is touring the German capital with a bike show – and a wh ...